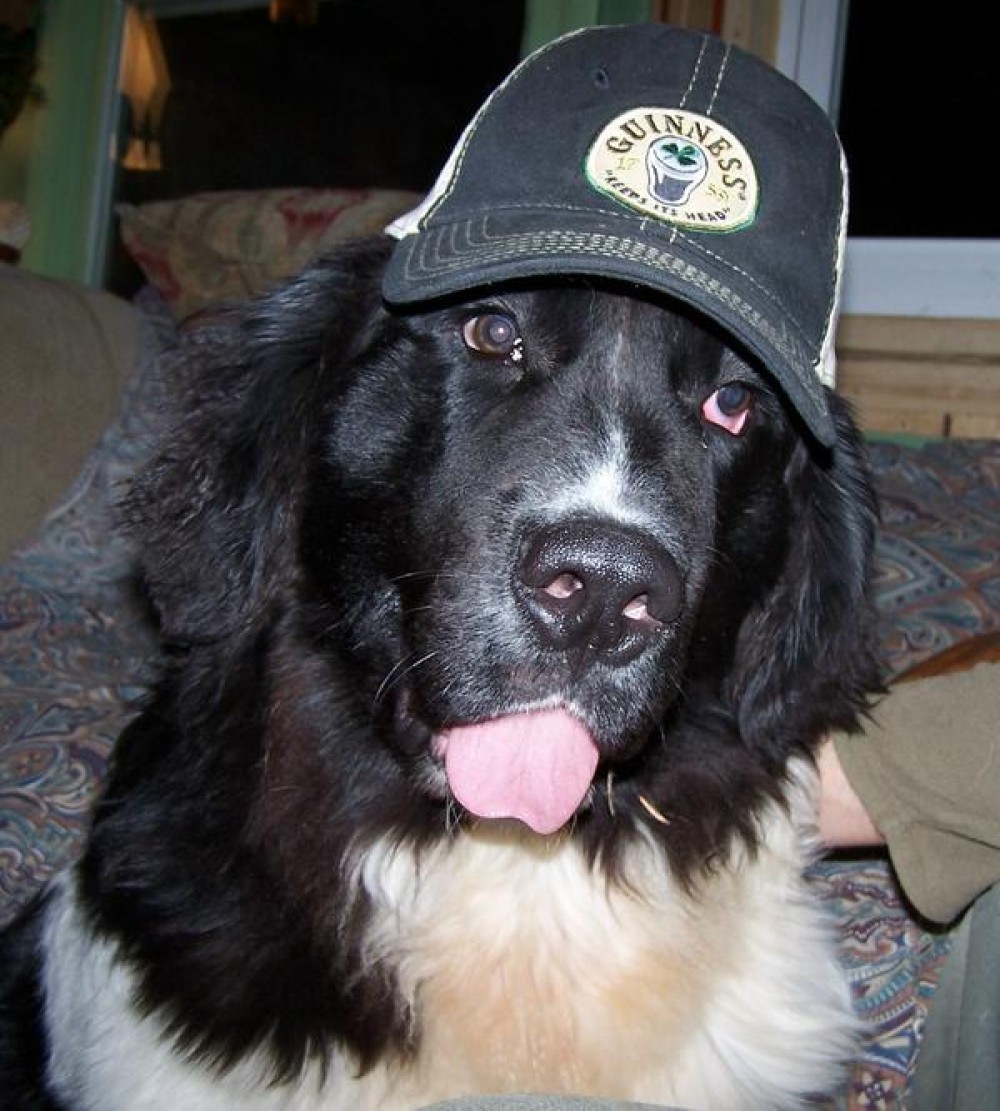 Home / About / History of Newfoundland Dogs 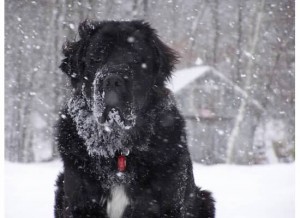 The Newfoundland (commonly called ‘Newf’ or ‘Newfie’) originated in Newfoundland, Canada, descending from a mix of indigenous breeds with either Viking dogs or the mastiffs of Portuguese fishermen. The resulting breed, present by the 1600’s, was a black dog which loved swimming in cold waters; the black and white ‘Landseer’ Newfoundland developed a century later. The Newfoundland served as a helpful assistant by pulling heavy fishing nets or other equipment and rescuing sailors who had fallen overboard. Local laws limiting dog ownership to one dog per man kept the Newfoundland’s numbers low in its home country, but it was exported to Europe, where its numbers grew as it became a popular show dog.

In 1832, a Newfoundland name ‘Hairy Dog’ and its owners saved 180 Irish immigrants from the wrecked ship ‘Despatch’. A Newfoundland also reportedly saved Napoleon Bonaparte when he went overboard during his escape from Elba. Well-known Newfoundlands include ‘Sable Chief’, mascot of the Royal Newfoundland Regiment and ‘Nana’ from ‘Peter Pan’. Presidents Rutherford B. Hayes and James Buchanan had pet Newfoundlands. English poet Lord Byron had a pet Newfoundland for whom he wrote ‘Epitaph to a Dog’, which begins ‘Near this spot are deposited the remains of one who possessed beauty without vanity, strength without insolence, courage without ferocity, and all the virtues of man, without his vices. This praise, which would be unmeaning flattery if inscribed over human ashes, is but a just tribute to the memory of Boatswain, a dog.

Coat: The Newfoundland has a dense, greasy coat which is medium-length and water-resistant. Newfoundlands can be black or black and white (called ‘Landseer’ after Edwin Landseer, an English artist whose paintings popularized this variety). Some standards allow brown or gray Newfoundlands, and some classify the Landseer as an independent breed.

Character: The Newfoundland is good-humored, gentle, and protective of its family. It is affectionate and devoted, known for its friendliness to all people and animals. The Newfoundland tends to slobber and creates a mess when drinking. Newfoundlands have a deep bark and make moderately good watchdogs (they are a little too friendly with strangers).

Care: The Newfoundland requires weekly grooming with a brush and comb to prevent tangles, more often when shedding. Newfoundlands have a high susceptibility to hip and elbow dysplasia (malformed joints which can cause lameness or arthritis) and SAS, a heart valve defect. The Newfoundland is not well suited to outdoor life in warm climates.

Training: The Newfoundland is very sensitive to the tone of its trainer’s voice. Training must be calm and consistent; overly harsh methods are unlikely to prove successful.

Activity: The Newfoundland is an active dog which requires substantial exercise. Most love to swim or pull in cold weather. Do not over exercise the Newfoundland when young as it needs all its energy to grow strong bones and put on weight. The Landseer variety may require more exercise than other varieties.